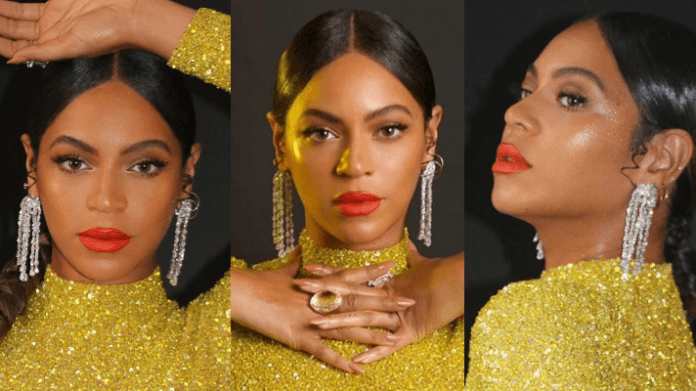 Tyler Perry opens vast new Atlanta film studio with a star-studded party. The event was all about Black Excellence!

The singer and mother of three wore a figure-hugging yellow sequin evening gown. Bey styled her dress with a $1,095 Rene Caovilla Cleo sandals. In addition, she wore a diamond Cascade waterfall earrings by Anabela Chan. Not to mention, the yellow dress was beautifully complemented with red lipstick. Again, the long and rather sleek ponytail to the floor can not be missed. Of course, The look was put together by celebrity stylist Zerina Akers.

Owing to the event and paying homage to Tyler and the spirits of her ancestors, Beyoncé used her Instagram to congratulate the producer.

Happy Sunday. Congratulations to Tyler Perry on the opening of his studios. I could feel our ancestors’ presence, Beyoncé wrote.

The Armand de Brignac crashed against each soundstage as fireworks lit up the sky,’ Beyonce added of the festivities in Atlanta

Get Ready to Be Beautiful And “Bold” With Toke Makinwa As...

Get Ready to Be Beautiful And “Bold” With Toke Makinwa As...