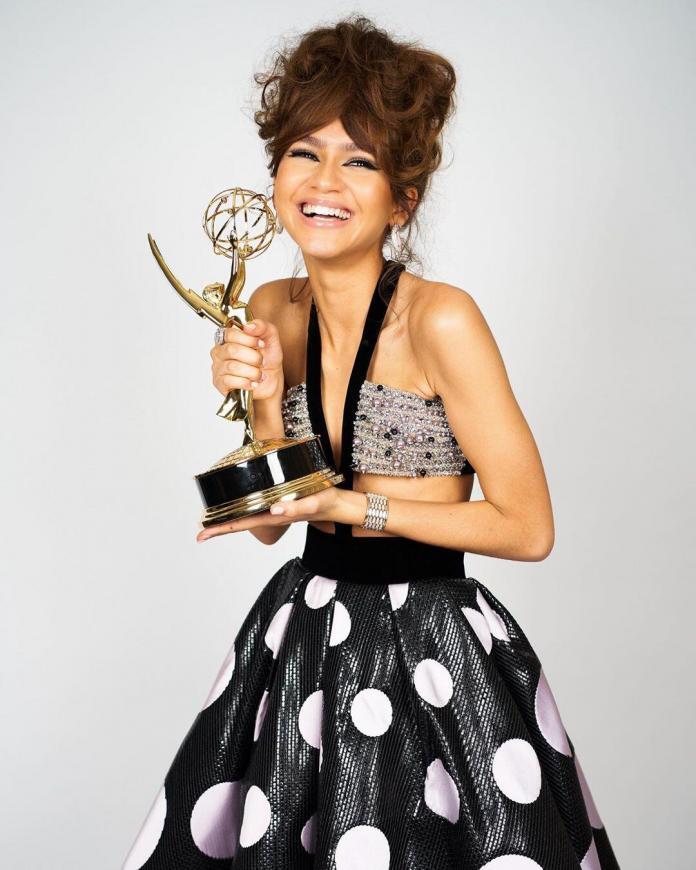 Former Disney Channel star Zendaya Coleman made history on Sunday, becoming the youngest woman to win the best actress in a drama series at the Emmys.

The beautiful 24-year-old actress scoped the prize for her rendition of teenage drug addict Rue in HBO’s Euphoria. Zendaya won the award in the category against Killing Eve’s Jodie Comer and Sandra Oh, Ozark’s Laura Linney. And also The Crown’s Olivia Colman and The Morning Show’s Jennifer Aniston.

Zendaya Coleman Makes History with Her Emmy Win for ‘Euphoria’

The youngest female Emmy-winner stunned in a Giorgio Armani Prive cut-out dress accessorised with Bulgari jewellery for the virtual Awards ceremony. Without a doubt, Zendaya looked sensational in a crystal bandeau top with a billowing black-and-white polka-dot skirt surrounded by her team and family.

In a speech given during the virtual event surrounded by her family, the Euphoria actress said; “I know this feels like a really weird time to be celebrating.”