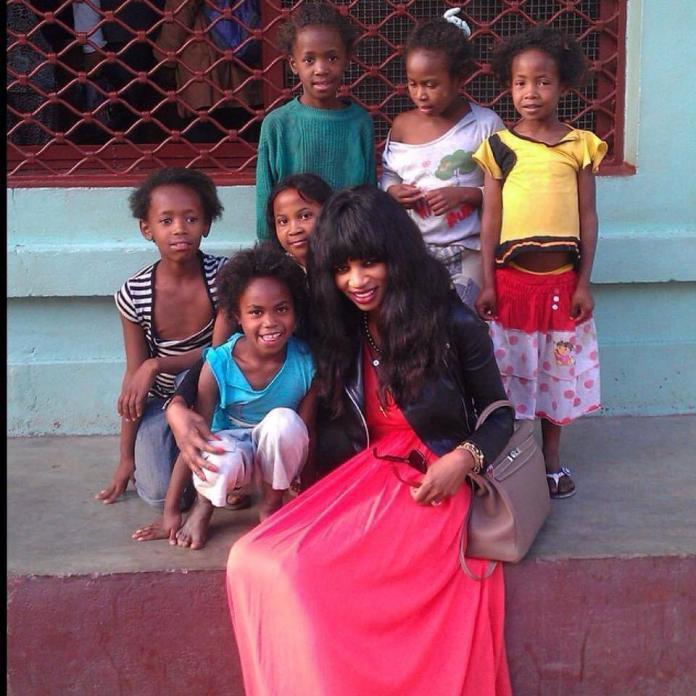 Irene and husband Sam Malin are some of the unsung heroes donating thousands to help the pandemic through IM LIfe.

For every designer handbag, fashion event, and black business Irene Major has supported, there’s more of her doing charity work in the background.

Dozens of famous names are donating to good causes globally as the coronavirus pandemic grows. Here’s how the Queen of Ingress Irene and her oil magnate husband Sam Malin have been supporting the less privilege.

Through her IM Life a registered UK Charity, the charity aims to relieve poverty through the provision of food and necessary supplies. Additionally, the charity provides educational materials, training and guidance with a particular focus on sub-Saharan Africa. Cameroon and Madagascar are among countries within this region that has greatly benefitted from the philanthropic work of IM Life. While Liberia also benefits from the organisation in major ways.

In the hope of maximising the impact of funds raised for its various projects, the charity also partners with local community organisations and NGOs. The charity also supports local charities such as the First Lady of Liberia’s Clar Hope Foundation. In Somaliland, IM Life supports the Edna Adan Hospital Foundation, which works to improve the status of health care and the quality of life of women and children.

Mammypi reached out to IM Life Chief Executive for comments, and she had this to say. “Charity is important to my family and me. I created IM Life in 2008 in Madagascar and Cameroon. Initially, in the UK, it was under a small charity constitution, but in 2019, we registered the body a UK Charity”.

According to sources, the couples oldest daughter Samantha also volunteers her spare time doing voluntary work time during holiday periods. Notably, Samantha worked as a volunteer at Ellenor Hospice, supporting people with a terminal illness around Kent and Bexley.

The Malin’s have also created an LGBT charity in Africa GIA Foundation (Gay in Africa). Irene says the charity will help the LGBT community generate more awareness and foster tolerance.

This Cameroonian Lady Has Had More Hair Colours Than Kylie Jenner...