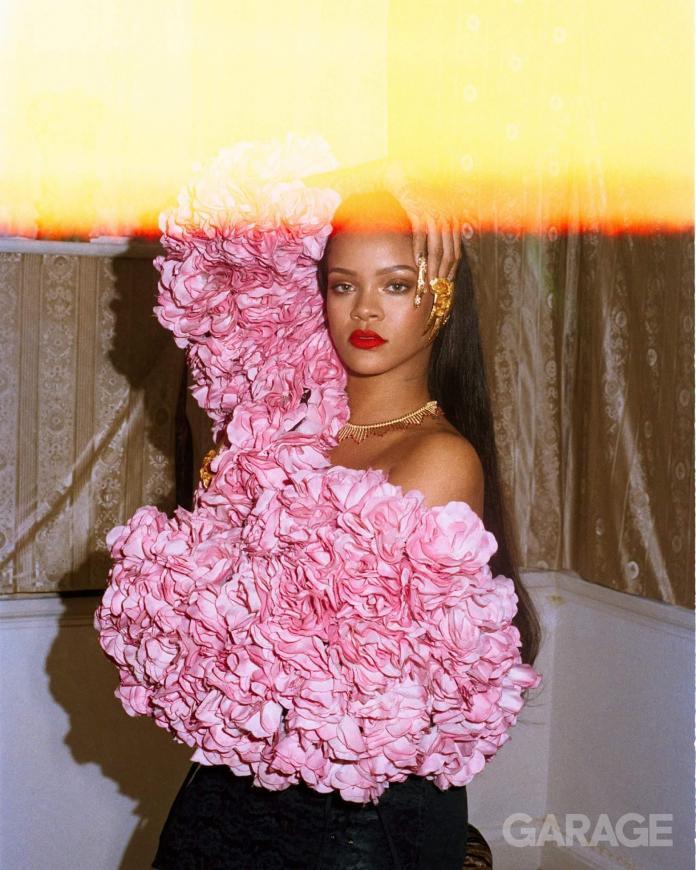 The one and only Rihanna has graced the cover of another glossy magazine cover yet again. This time, Rihanna sits pretty on the cover of Garage Magazine wearing a full eyebrow in contrast to the thin brows on Vogue. Likewise, just over a month ago, Rihanna was photographed for British Vogue September issue wearing a Prada dress.

Rihanna is the Cover Girl of Garage Magazine October 2018 edition-beautifully captured by contemporary photographer Deana Lawson. In charge of styling was Carlos Nazario as well as hair by celebrity stylist Yusef Williams. As expected, makeup created to fit the look was by Lisa Eldridge using beauty products from Fenty Beauty. Equally important, the set design is the work of David White with production by Holmes Production

Lawson first propelled to fame after her appearance in the 2017 Whitney Biennial. She captured the pop idol wearing a vibrant floral off-shoulder top and black brief on the new issue of Garage, titled “The Human Future”.

After Sharing Her Wonderful Pregnancy News On Social Media, Cynthia Andrew Give Us A First Look At Her Adorable Twins Kai And River