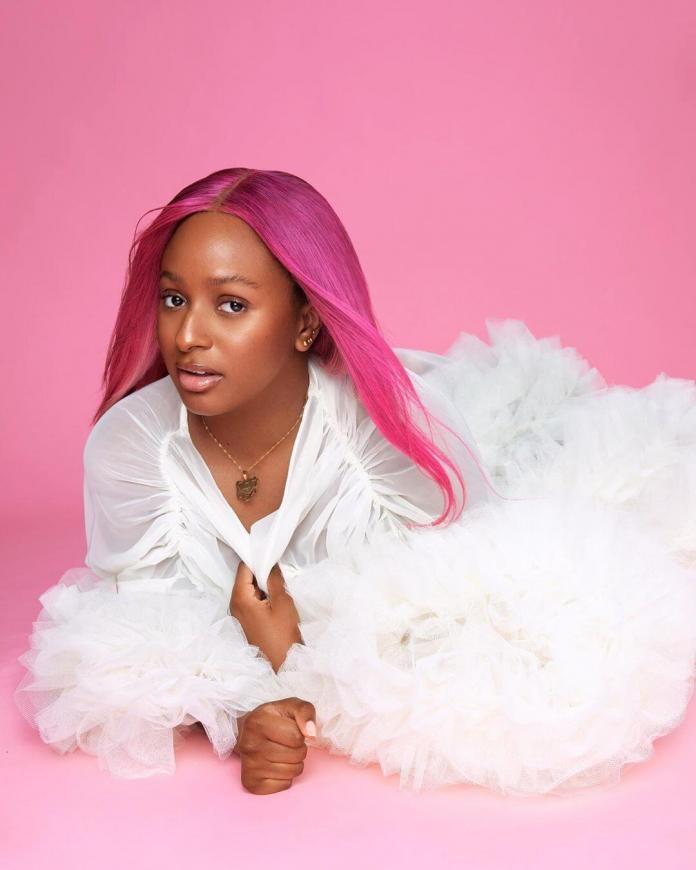 It’s official, DJ Cuppy is one of the most followed Nigerian women on social media platform Instagram. Trailblazer Florence Ifeoluwa Otedola aka DJ Cuppy, the famous daughter of Nigerian billionaire Femi Otedola, celebrates six million Instagram followers. Cuppy Music, as the icon is known on her Instagram profile, is on a mission to dominate the Afrobeats scene.

Back in August, Cuppy released her acclaimed album Original Copy as well as a brand new show on Apple Music. There is no doubt the 26-year-old is on top of her game and taking Afrobeat to new levels.

Last night, the business and economics graduate celebrated reaching six million followers on Instagram. Of course, Cuppy celebrated the milestone via her Instagram profile @cuppy music. In true Cuppy style, the iconic producer wore a bold pink wig with a glamorous white lace outfit to celebrate with her new cupcakes. She stunned in an unapologetically feminine, lustrous lace robe wrapped in a cocoon of softness to celebrate a new Instagram milestone.

Even though the superstar wore the most elaborate outfit ever, we love how she kept her makeup to the bare minimum. Then again, her style’s always been girl next door and e love her love minimalism.

First Lady Jill Biden Welcomes Dogs Back to the White in...

#MPQuoteOftheDay: Here Is Our First Inspirational Quote By Joyce Meyer...