Have you not heard? TopShop announced on its Inside-Out website they are collaborating with music goddess one of the most recognizable figures in contemporary music Beyoncé. Yep you got that spot on! Giving birth to Blue Ivy Carter in January 2012 hasn’t slowed her down.

The union is aimed at launching an active wear label around 2015. According to Topshop the partnership will bring to the dance floor and treadmills, fitness apparels from footwear, accessories and some fierce clothing from the queen Beyonce. The only thing not guaranteed after wearing this is a Beyoncé thighs & hips as you will have to be naturally endowed.

I would personally not have expected Beyoncé to opt for active wear but being a fashion savvy diva we can expect the trendiest of footwear’s from the collabo.

TopShop & Bey would be a great mix for the dolls and fashion forward fans. Topshop is a massive favourite to millions of religious fans across the world and who better than Beyoncé to inspire women using her range to look after their bodies? I am hyped about this and this might just slay the charts with Topshops profits once the range is launched.

Just another reason to bow down to Beyoncé 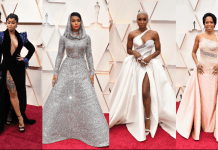 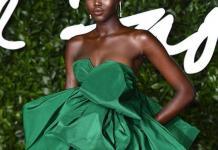 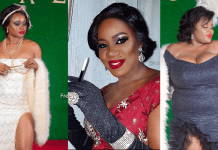 Some of our best dressed celebrities attending #AMVCA2018 including Lota Chukwu,...

Whao: Celine Loader In This Dress Is Everything You Need To...