The 3rd annual Cameroon International Film Festival-CAMIFF is on its third day of screenings and workshop in Buea. As mentioned in my previous post (here), the festival will provide filmmakers with alternative views and possible filming locations around Cameroon. Furthermore, the festival is a great place to celebrate the rich cultural heritage of Cameroon.

Most importantly, it is also a great platform to learn all about filmmaking in partnership with Canon. Note that, #CAMIFF  has partnered with CANON to run a basic DSLR filmmaking workshop.  The training took off on the 23rd of April and will run till 27th at Mountain hotel in Buea.
As the first international film festival West of the river Moungo, CAMIFF hopes to address issues concerning the film industry in Cameroon. According to its founder Agbor Gilbert Ebot, activities will include film training, talent development, networking, and a star-studded party.

As part of the event, only films that meet the following conditions are chosen for an invitation in the official selection. Filmmakers who have created within the past 24 months
Either a first or second feature film

According to rapper and radio DJ Nabil Fongod on the movie TENACITY, he describes the movie as a masterpiece. Nabil went on to explain that, with a cast of over 450 members, four-years of filming, a budget of over $50.000 TENACITY is a dope movie. Therefore, I urge you all to make an effort to watch this movie. I will be the producers dream to read your reviews and help them in their effort to be creative,

Lastly, why not start your career in filmmaking by investing in one of these affordable Canon EOS Digital SLR camera’s. 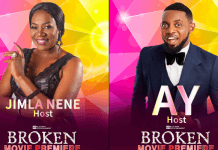 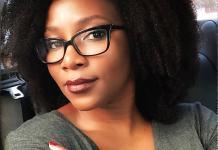 Nigerian Actress Genevieve Nnaji takes to Instagram to thank fans around the world. 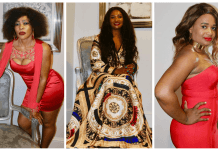 The Official Programme of the Cameroon International Film Festival #Camiff is...