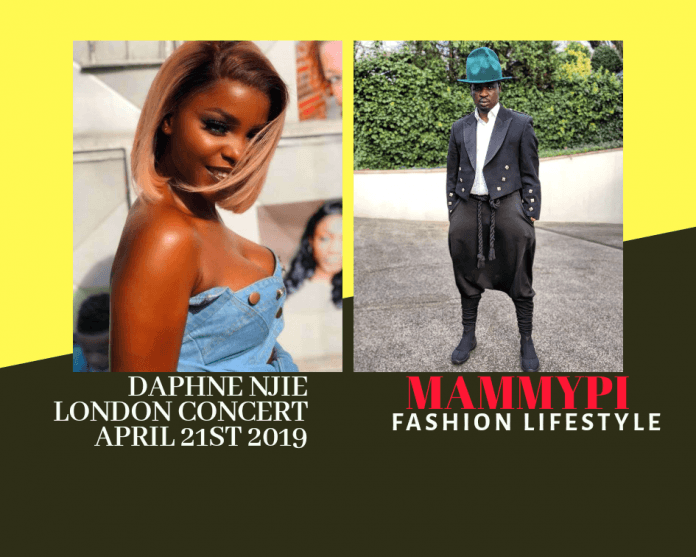 It’s not a holiday without a music concert. Cameroonian singer Daphne Njie is expected to be in a joint concert with Ivorian artist Kerozen DJ. This is presumably the first time Daphne will be performing in London. The Stevens Music artist who won Best Female Artist Central Africa is expected to perform April 21st 2019.

With just a couple more sleeps away with Daphne already in London, Cameroonian music fans are anxious.  After a successful first show by Napocite bringing artist Mr Leo to the UK, things have not followed exactly the same.

Last year, the gifted MC failed at pleasing both artist and fans in a series of failed shows organised for Locko and Tzy Panchak. Fans turned up to the venue on the day to find out the show had been cancelled. Similarly, in Birmingham, rumour has it that, Tzy was kept in a shared accommodation in Wolverhampton. Not only was the artist’s accommodation and issue, but there were financial issues with the artist performing under 20 minutes.

Despite the show organisers failed gigs, Stevens Music is not afraid to give Napocite a chance.  As we know, the concert is put together by two different organisers for maximum effect. Hopefully, with a collaboration like this pulling in artist from two African countries, Napocite can put his past behind. Of course, we are excited Kerozen DJ from Ivory Coast will share a London stage with Daphne. Bear in mind that, Daphne from Cameroon is a big not only huge in her home country, but across Africa. Therefore, fans from both countries partying over the bank holiday are in for a musical treat.

Daphne will perform alongside Kerozen DJ in London on Sunday 21st April 2019. Some songs we are hoping she will perform include, Pomets Moi, Jusqu’a La Gare.  Since it’s a long weekend, tracks like Calee, Alleluia ft Boy TAG would definitely keep the crowd going.

In A World Full of Trends, Eliane Fernandes Will Be Remembered For This Vibrant...

In A World Full of Trends, Eliane Fernandes Will Be Remembered...