Baby bumps are always exciting news! Moreso, revealing a baby bump is even more thrilling. Therefore, when Syndy Emade disappeared from the spotlight for some time now, we suspected there was something cooking. And boy, o boy, were we right! There is a bun in the oven! It turns out that the prolific Cameroonian actress is pregnant! She revealed her pregnancy to the world with an adoringly beautiful photoshoot by Asonganyi Photos and Mammypi is loving every bit of it!

If there’s one thing that remains a constant in the emerging Cameroon film industry, it’s the fact that Syndy will always reign supreme at pretty much whatever she sets her mind to. Syndy’s photos are a jaw-dropping ethereal hallmark of femininity, sultriness, and sexiness.  For some women, that bulging belly and extra pounds might make them look dull and matronly. However, for Syndy, the beautiful baby-bump and shapely curves have added to her appeal and it is just downright sexy.

Did we suspect that Syndy was pregnant?

Truly, we didn’t see this coming or did we? Celebrities know that when they’re pregnant, their fan base and literally the whole world will want to know. However, they usually like to break the news on their own accord. Hence, the movie star announced she was pregnant today in a gorgeous all-red, belly-revealing, figure tight dress styled by We Trend Ankara 237 that really got us swooning. Featured on a spiral staircase with an illusion of the moon cascading its gorgeous beams upon her sublime skin, Syndy looked like a goddess.

The details of Syndy’s pregnancy have been remarkably kept under wraps. Accordingly, Syndy has been able to shoot and finish movies nearly entirely under the radar. Of course, there were some rumors swirling especially through gossip blogger, Valery Atia of Kamer Kongossa. However, Syndy only officially made the big reveal today.  I would say this is by a mile a master class in the art of controlling your own narrative.

“I know you are a few months away but I just can’t wait to meet you,” Syndy writes on Facebook. “I can’t wait to nurture you, instill good, great and Godly values and shower you with so much love” she continues. She signs off simply with, “Xoxo, ur moma to be”. Awwwwwww!

Our Take on this Baby Bump Reveal Style

Now to this stylish baby bump reveal! Who said pregnancy needs to be boring in lose shapeless sartorial wilderness? While pregnancy style can be a challenge, wearing it with pride in form-fitting clothes is the way to go! Without a doubt, Syndy personifies form-fitting pregnancy allure in this strapless maternity dress with a high slit and flowing train. Now, this is taking baby bumps to stylish new heights. In essence, this pregnancy reveal is an absolute style triumph. This might very well be my all-time favorite stylish pregnant celebrity. I am living for this look. Please share your thoughts about this big reveal! 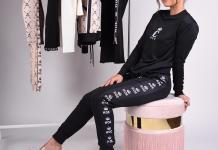 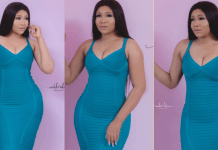 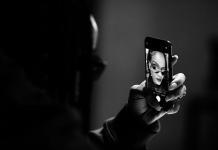 Some of the best fashion looks by America’s first lady Melania...