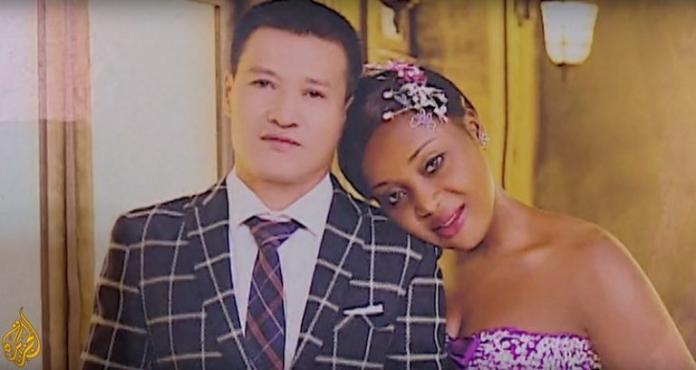 An Interracial Couple in China

For countries like China, this is a new phenomenon. This is especially so because Africa is the new trade and investment hub for China. As a result, the influx of Chinese people to Africa has increased tremendously. Conversely, many Africans are now migrating too to China. With this new medium of exchange, socialization has morphed into widespread romantic relationships.

Meet interracial couple: Sandra from Cameroon and Zou from China

Sandra Made from Cameroon and Zou Qianshun from China are one of such couples breaking down the old order. The couple met in Cameroon in 2015. Zou was working in Cameroon and Sandra was operating a hair salon there. They got married in March 2017 and relocated to China. The couple settled in Zou’s hometown near Dandong, Liaoning province, in northeast China.

Making Money simply by being an interracial couple?

The couple has become an overnight internet sensation by posting funny video cameos online. With the novelty of their relationship, people are intrigued. As a result, the videos are very popular because the pairing is very unusual. Apparently, people are not used to seeing an African woman with a Chinese man! What’s more, they are getting rich while doing it! The couple receives virtual gifts donated by their fans online. These gifts when exchanged for money are worth about 5,000 yuan ($727) monthly. In fact, according to Aljazeera, in a good month, they can make up to $1000!

Talk about making money simply by being yourself, loving the man or woman of your dreams and having fun while doing it! Love truly knows no bounds. What do you think about Sandra and Zou? Does your love know race? Please sound off in the comments section below!

7 Years Together! Stanlo Akisah’s Wedding Anniversary Shoot Will Make You...